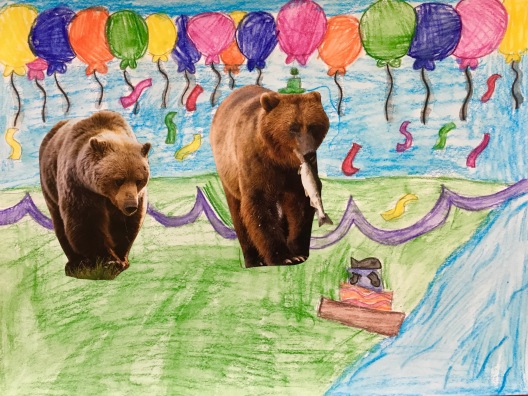 Inspired by Vladimir Kush, fourth grade students cut out an image from a magazine and created a surreal background for it using watercolor pencils. 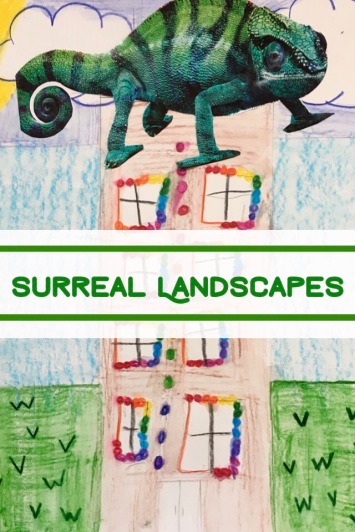 One of my favorite art movements to teach is Surrealism. I especially enjoy introducing it to my students who are in the upper elementary – middle school grade levels. Developmentally, they are able to understand more abstract concepts. And age-wise they are all about silly non-sequiturs!

Departure of the Winged Ship

The Ground of Being

I had bookmarked images of Vladimir Kush’s surreal paintings; I was intrigued by how he incorporated objects or animals into a landscape. I decided to create a collage/painting project inspired by his artwork. When I introduced the concept of Surrealism to my fourth graders, I pointed out how he had used animals as the sails of a ship or as a bridge. I explained that they were going to be choosing an image to use as a part of a landscape or cityscape. 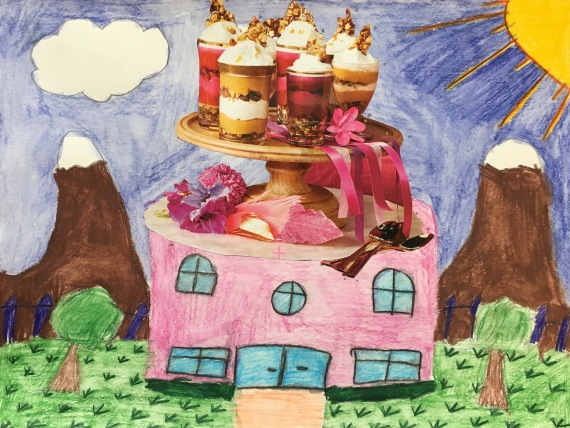 After introducing the concept of Surrealism, I asked my students to cut out an image from a magazine. I suggested that they choose an image that was interesting to them and then start brainstorming ways to turn it into a part of their landscape. When I do this project again, I’ll frame that challenge differently. I realized a better prompt would be: “Cut out an interesting image. Draw a background for it that doesn’t make sense. Where would you least expect to see this object or animal?”

I gave them tips on how to carefully cut it out so that the details showed. Being a stickler on the craftsmanship aspect of this step made a big difference in the impact of how their artwork looked when they glued down their image. The hardest part of managing this project was helping the kids keep up with their magazine image as they were sketching, coloring and painting the background. Gluing down the image was the very last step, but cutting it out had to be the first step. I spent a lot of time reminding kids to put their images in their table folders where they would be safe!

After they cut out their image, they traced it’s outline on their paper so that they could see where they were going to glue it down. Then they sketched a surreal background that involved their image. This step was tricky for some of my students. I spent a lot of that class period walking around and brainstorming with them. Next time, I think I’ll have them do a quick brainstorm with their tables before we even pass out the paper. 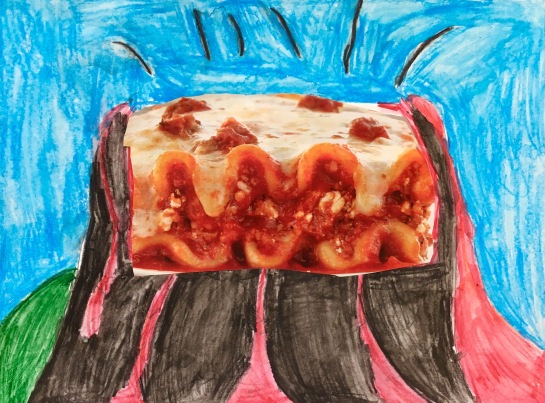 I love introducing watercolor pencils to my students! It is a pretty magical art supply – and it’s fun to tie in a little science and explain that the difference between these pencils and regular pencils is that the lead is water-soluble. I also point out the paintbrush logo and emphasize how important it is that they don’t get mixed in with the
“normal” colored pencils. 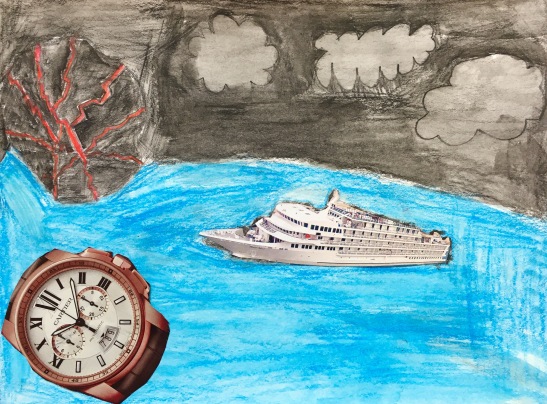 Coloring the background took a solid day and a half for most of my students. This was one of those projects where I had students finishing at vastly different rates. I went ahead and played the video about painting the watercolor pencil background as soon as the first student was ready to move on to that step – even though there were students who hadn’t started coloring their background. I also designed a drawing project that tied into Surrealism that they could easily transition to if they finished their painting early. 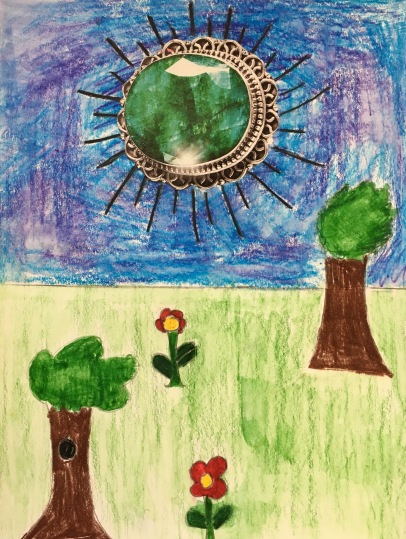 In the past, I’ve noticed that the biggest issue kids run into with watercolor pencils is not realizing that you have to wash your brush in between colors. So, in my video I showed them what not to do. I painted all over a section of my example, smearing together 6 or 7 colors into one big, muddy mess. It was funny to hear their gasps of astonishment! And it was the first year I didn’t have any heartbroken artists who had painted over several different colors.

This was one of those projects that was a little overwhelming to tackle for the first time. It had so many different aspects that had to all come together in each student’s head. (Which I’m realizing is difficult to do when you see them once every six days!) Now that I’ve tried it out, I’m excited to fine-tune it for my next group of students.